Welcome to the Bruce Springsteen Wiki

Bruce Springsteen is an American musician, singer, songwriter and humanitarian. He is best known for his work with his E Street Band. He has sold more than 64 million albums in the United States and more than 120 million records worldwide, making him one of the best-selling artists of all time.

The Wild, the Innocent & the E Street Shuffle

Darkness on the Edge of Town

The Ghost of Tom Joad

We Shall Overcome: The Seeger Sessions

Working on a Dream 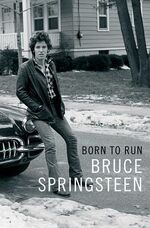 Born to Run is Bruce Springsteen's autobiography, released on September 27, 2016. The audiobook, narrated by Springsteen, was released on December 6, 2016. The book is the companion to Chapter and Verse, a career-spanning album that also features previously unreleased material. Born to Run debuted at the top of the New York Times Best Seller list. Read More

Go to these sites for info or for help with your own wiki!

Want your community included? See how!

Retrieved from "https://brucespringsteen.fandom.com/wiki/Bruce_Springsteen_Wiki?oldid=7314"
Community content is available under CC-BY-SA unless otherwise noted.